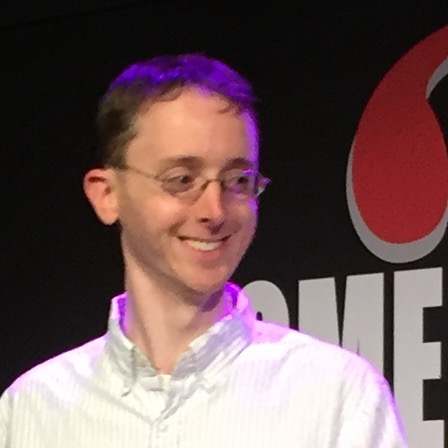 Hailing from the great and civilized Northeast, Casey inadvisably spent five recent years in Washington, DC, as a consequence of which the catalogue of his past activities is now classified material, and dull reading, at that. Absent from comedy since his rivalry with Aristophanes turned bitter, Casey resurfaced in Sacramento at the conclusion of a journey constituted chiefly, as all human endeavor, of sex and violence. Graduating with minimal honors in the bottom ten of his sketch class and voted Least Likely to Have an Alternative, he was inducted into the august ranks of the Comedy Spot’s featured sketch troupe, the previous janitor having resigned in disgrace. He writes comedy, because to take the stage without a plan is just not done in proper society. And also because being a mugger is no longer as lucrative as it once was.